In April, there were significantly more tourists than last year

According to Statistics Estonia, in April, Estonian accommodation establishments served 59,000 tourists, which is over three times more than in April last year. The numbers of foreign and domestic tourists both increased.

Helga Laurmaa, analyst at Statistics Estonia, said that the increase in the number of tourists was mainly due to the fact that the use of accommodation establishments was limited in April last year. “This year, people behaved much more confidently and accommodation establishments served 50,000 domestic tourists, which is over three times as much as in the same month last year,” noted Laurmaa.

The majority of foreign tourists preferred to stay overnight in Harju county, followed by Tartu, Pärnu and Viljandi counties. In case of domestic tourists, 40% of them were accommodated in Harju county, 13% in Tartu county and 9% in Pärnu county.

Tourists spent a total of 129,000 nights in accommodation establishments – domestic tourists accounted for 75% and foreign tourists for 25% of the nights spent. There was a twofold increase in the total number of nights spent.

In April, there were 915 accommodation establishments open for tourists in Estonia, which is 10% more than the year before. There were 19,000 rooms and 44,000 bed places available for guests. The room occupancy rate was 15%. The average cost of a guest night was 28 euros per person – this is nine euros higher than in April last year, when prices were very low. The average cost of an overnight stay was 29 euros in Harju county, 28 euros in Pärnu county, and 26 euros in Ida-Viru and Tartu counties. 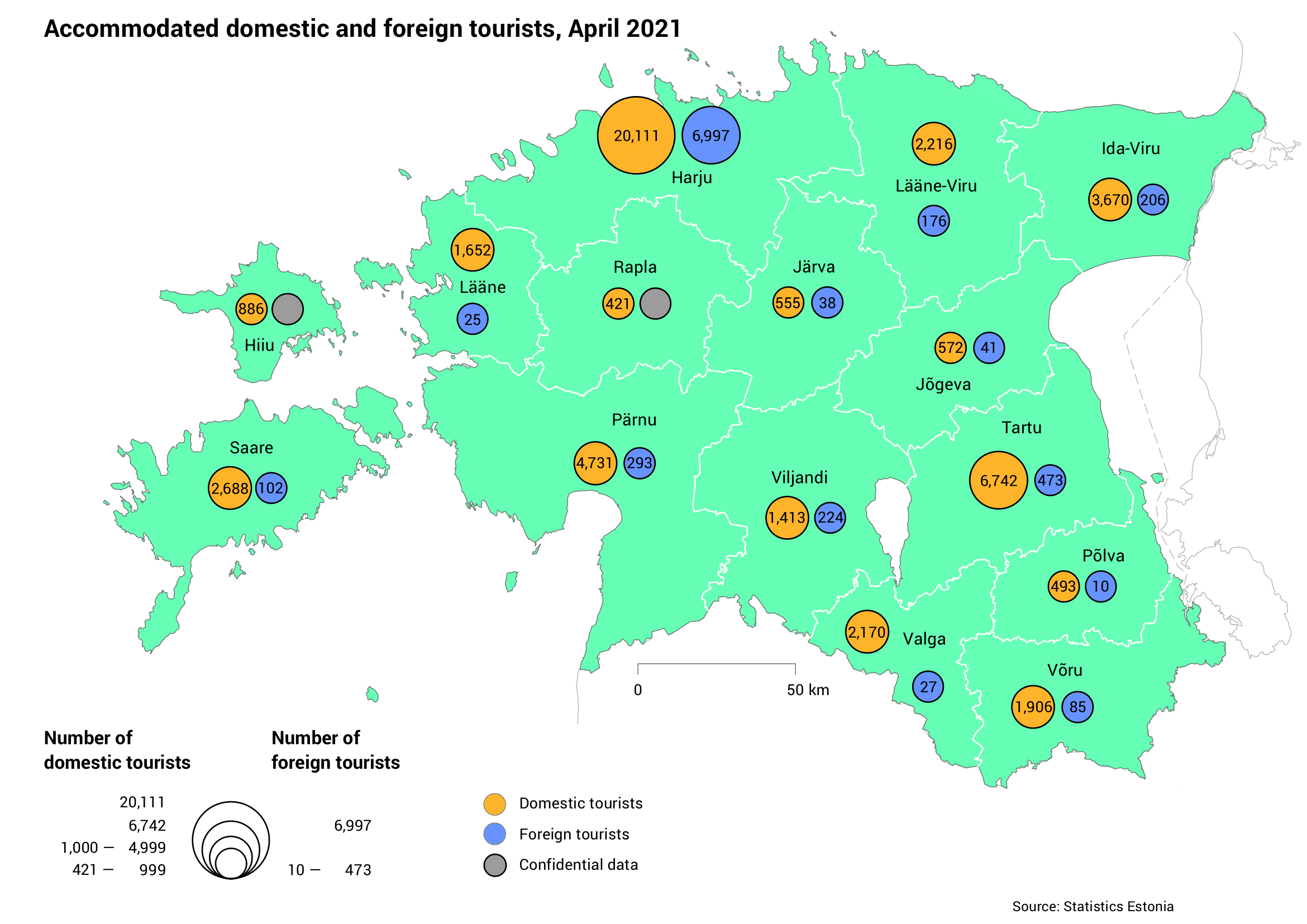