In August, domestic tourism increased but the number of tourists from Finland fell by a half

According to Statistics Estonia, in August 2021, Estonian accommodation establishments served 342,000 tourists, which is 3% more than in the same month last year. The number of domestic tourists increased compared to both August 2020 and August 2019, while the number of foreign tourists was still lower than in previous years.

In August, there were 1,202 accommodation establishments open for tourists in Estonia, which is 4% less than last year and 14% less than in 2019. There were 23,000 rooms and 55,000 bed places available for guests. The room occupancy rate was 45%. The average cost of a guest night was 35 euros per person, which is four euros more than in the same month last year but four euros cheaper than in August 2019. The average cost of an overnight stay per person was 36 euros in Pärnu county, 38 euros in Tartu county and 39 euros in Harju and Saare counties. 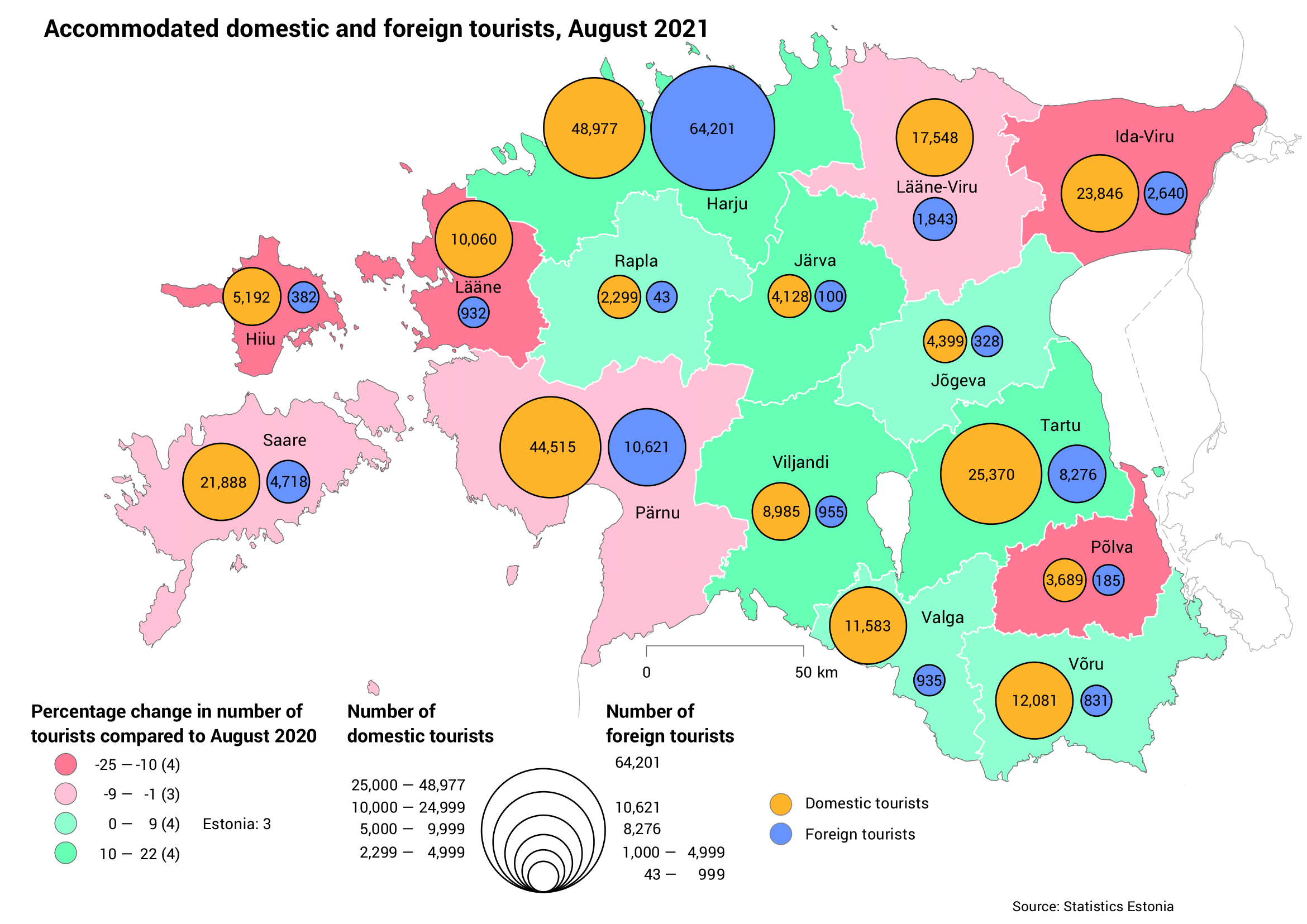