Last year, the number of foreign tourists fell to the level of 1997, while domestic tourism set a record

According to Statistics Estonia, in 2021, Estonian accommodation establishments served over two million tourists, which is 8% more than in 2020, but 44% less than in 2019. The number of domestic tourists increased, while the number of foreign tourists decreased.

The most foreign tourists came from neighbouring countries: 144,000 from Finland and 89,000 from Latvia. 42,000 tourists came from Germany and 29,000 tourists from both Lithuania and Russia. Both domestic and foreign tourists were mainly accommodated in Harju county, followed by Pärnu, Tartu and Ida-Viru counties. In 2021, the average cost of a guest night was 34 euros, which is 6% more than the year before.

In December 2021, Estonian accommodation establishments served 195,000 tourists, of whom 123,00 came from Estonia and 71,000 from other countries. Their total number of nights spent was 206,000 and 149,000, respectively. In December 2020, travelling was more complicated than in December 2021; therefore, at the end of last year, both the number of domestic and foreign tourists rose significantly. There were 889 accommodation establishments open for tourists. 33% of the rooms and 25% of the bed places were occupied. The average cost of a guest night was 37 euros, which is seven euros more than in December 2020. 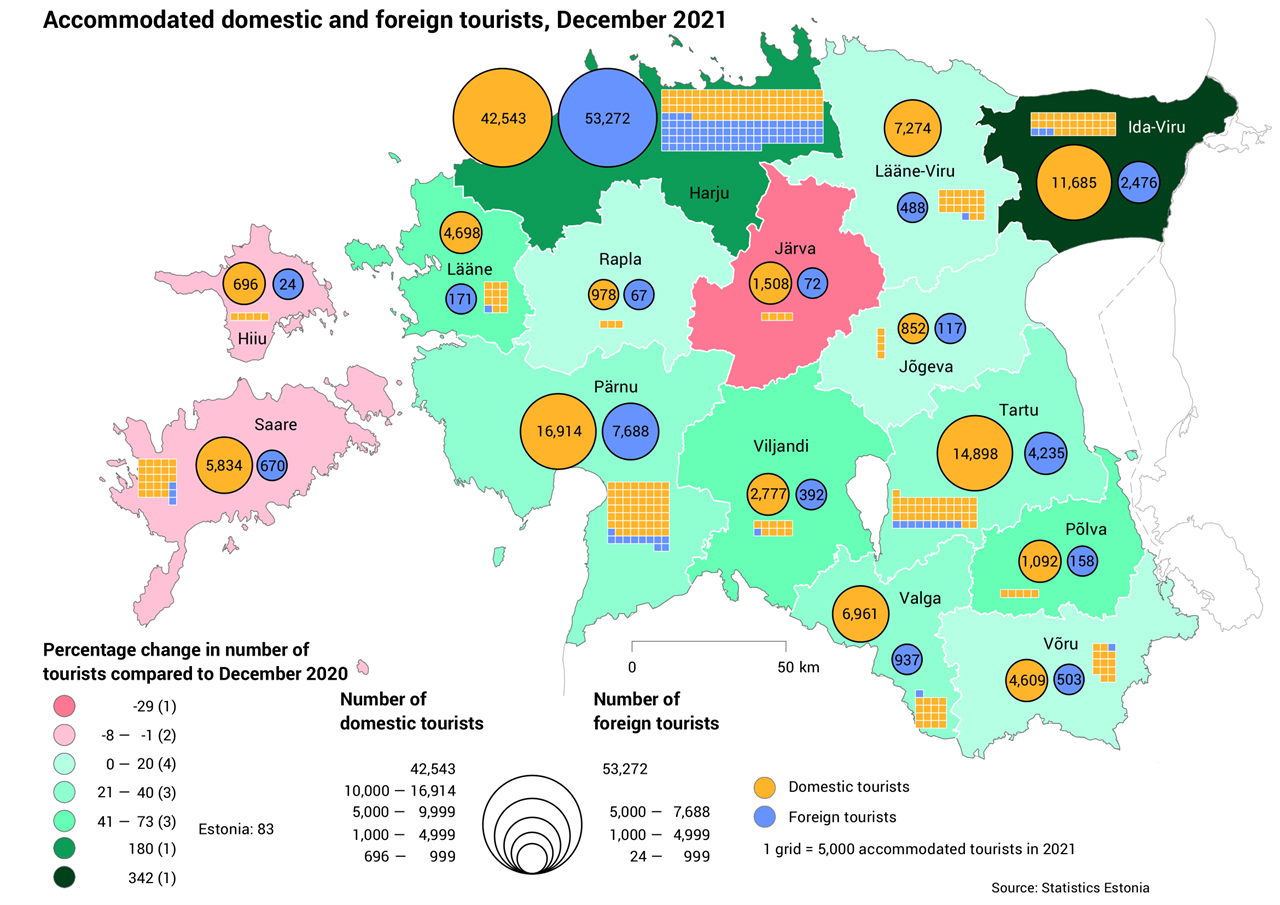 See also the dedicated section on tourism, accommodation and food service  and the tourism industry dashboard.

On 31 January, the phone line of Statistics Estonia’s customer support is open until 12:00 pm. We apologise for the inconvenience.