According to Statistics Estonia, in 2019, the gross domestic product (GDP) of Estonia at current prices was 28 billion euros. Harju county accounted for 18 billion euros of the GDP, whereas the city of Tallinn contributed 15 billion euros in that county.

Harju county was followed by Tartu and Ida-Viru counties which accounted, respectively, for 11% and 6% of Estonia’s GDP. Hiiu and Põlva counties held the smallest shares, as each contributed less than one percent of Estonia’s GDP.

The cities of Tallinn and Tartu were the main contributors in the service sector and, as a result, services accounted for 80% of the value added in Harju county and for 72% in Tartu county. The share of services was the lowest in Ida-Viru (41%) and Lääne-Viru (42%) counties.

In 2019, industry and construction accounted for a quarter of the Estonian economy, which means a decrease by 2 percentage points year on year. The decrease was caused by the rising share of services as well as by a good year in agriculture, which led to a significant increase in the share of the agricultural sector in the Estonian economy. The share of industry was the largest in Ida-Viru county (58%), primarily due to the energy sector. Lääne-Viru county also stands out with a 47% share of the industrial sector. The share of industry and construction was the smallest in Harju (20%), Põlva (24%) and Tartu (25%) counties. In Harju and Tartu counties, it can be explained by the large share of the service sector, while agriculture was a key contributor in Põlva county.

The share of agriculture in gross value added was 3%. The agricultural sector held the largest share in Viljandi (18%) and Jõgeva (18%) counties, and the smallest share in Harju county (0.5%). 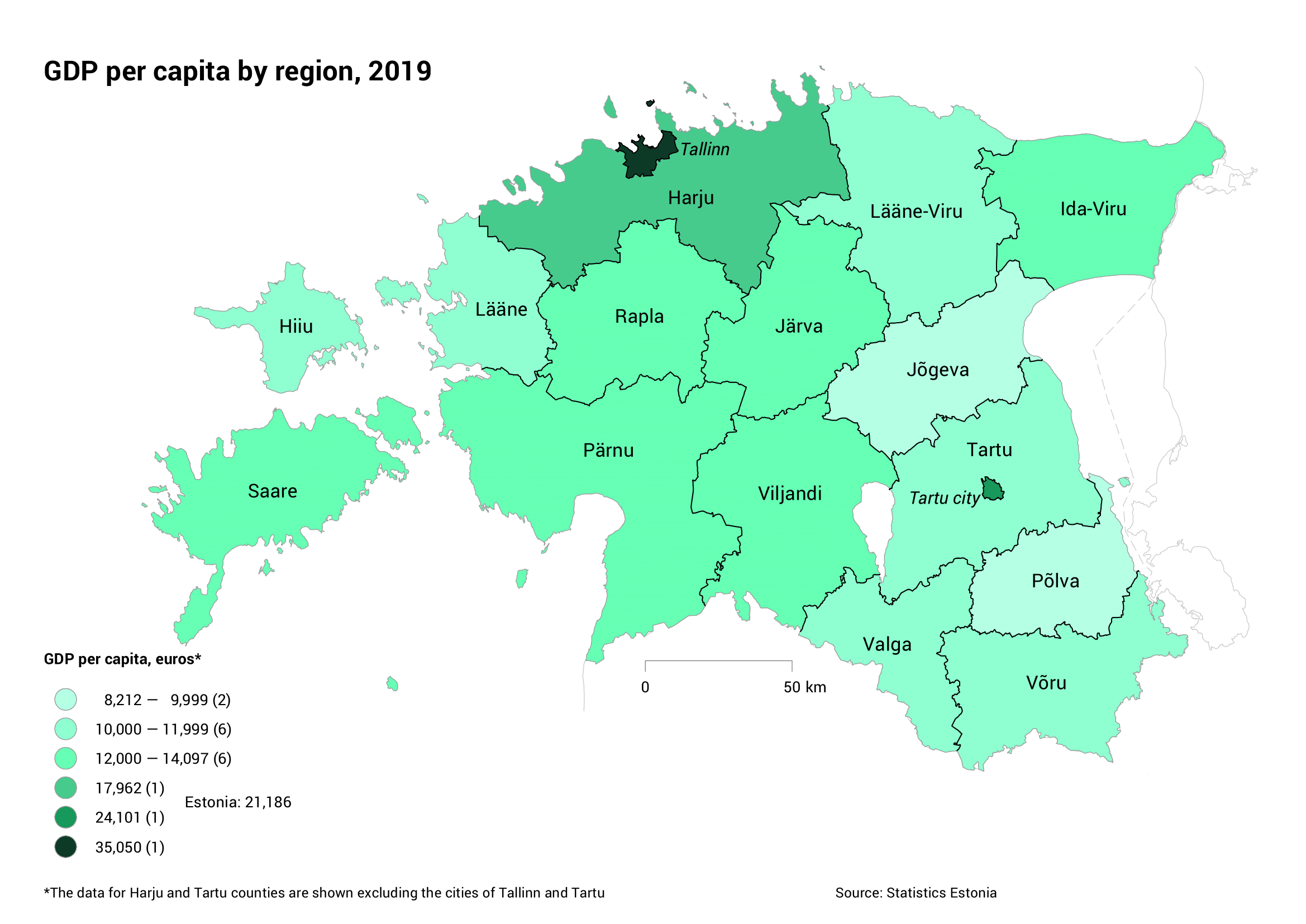 Statistics Estonia performs the statistical activity “National accounts” for the Ministry of Finance in order to determine how the Estonian economy is performing.

See also the national accounts section on our website.