According to Statistics Estonia, in August, 331,000 tourists stayed in Estonian accommodation establishments. Their total number of nights spent was 591,000. Compared to August 2019, the number of tourists dropped by a third.

Foreign tourists who used the services of accommodation establishments numbered 112,000, which is 61% less than in August 2019. The largest number, i.e. 41,000, came from Finland, 29,000 tourists came from Latvia and 12,000 from Lithuania. While the number of Finnish tourists halved compared to the previous year, the number of Latvian tourists increased by a third and the number of Lithuanian tourists by a fifth. 78% of foreign tourists came to Estonia for holiday, 17% came on business and the rest had some other reason for visiting. Foreign tourists spent 214,000 nights in Estonia, which is 60% less than in August 2019. Of foreign tourists, 56% stayed in the accommodation establishments of Harju county, 17% in Pärnu county, 9% in Tartu county and 7% in Saare county. 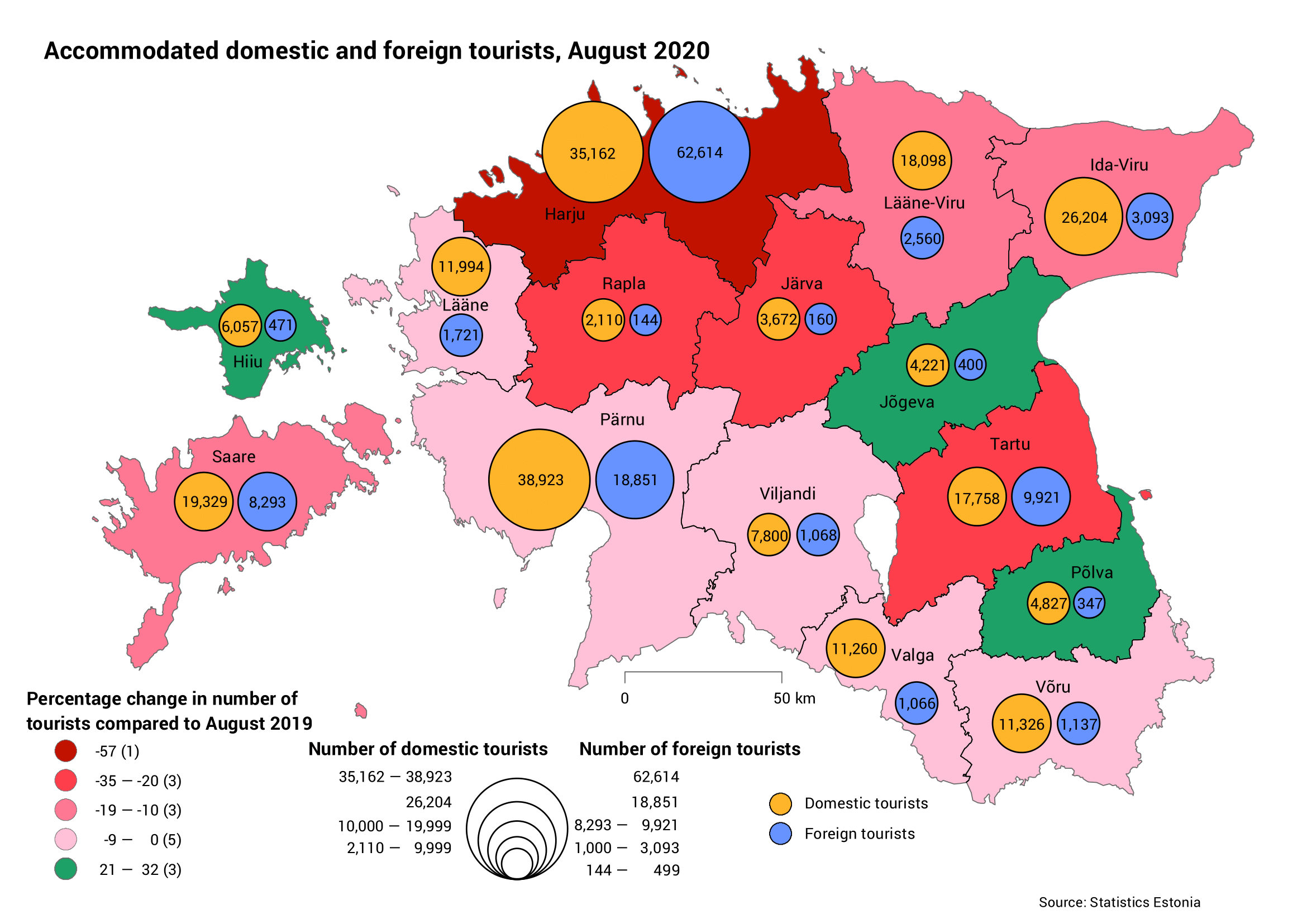