According to the preliminary data of Statistics Estonia, 847,800 tonnes of milk and 79,900 tonnes of meat were produced in 2020. This is, respectively, 3% and 5% more than the year before. The utilised agricultural area without kitchen gardens increased by 3,000 hectares and totalled 983,000 hectares.

Eve Valdvee, leading analyst at Statistics Estonia, said that, in 2020, agricultural production increased in most areas of crop and livestock farming. “Estonian farmers grew cereals on 370,000 hectares, meaning that the area under cultivation was nearly 2% bigger than in 2019. The annual average milk yield per cow also continues to grow – it was 9,943 kg, which is 310 kg more than the year before. There was an increase in the production of bovine and pig meat, but the number of dairy cows started to fall about six months into the year, which is a concern,” added Valdvee.

As a result of the increased sown area of cereals, there was a record harvest of 1,633,000 tonnes in total. The average yield of cereals per hectare was 4.4 tonnes, which is slightly less than in 2019. The cereal production included 841,000 tonnes of wheat, 561,000 tonnes of barley and 118,000 tonnes of oats. Winter crops were grown on 167,000 hectares, with an average yield of 5.3 tonnes per hectare. Spring crops were grown on 203,000 hectares, with 3.7 tonnes per hectare harvested on average. Winter wheat is the most common winter crop, while spring barley is the prevailing spring crop. 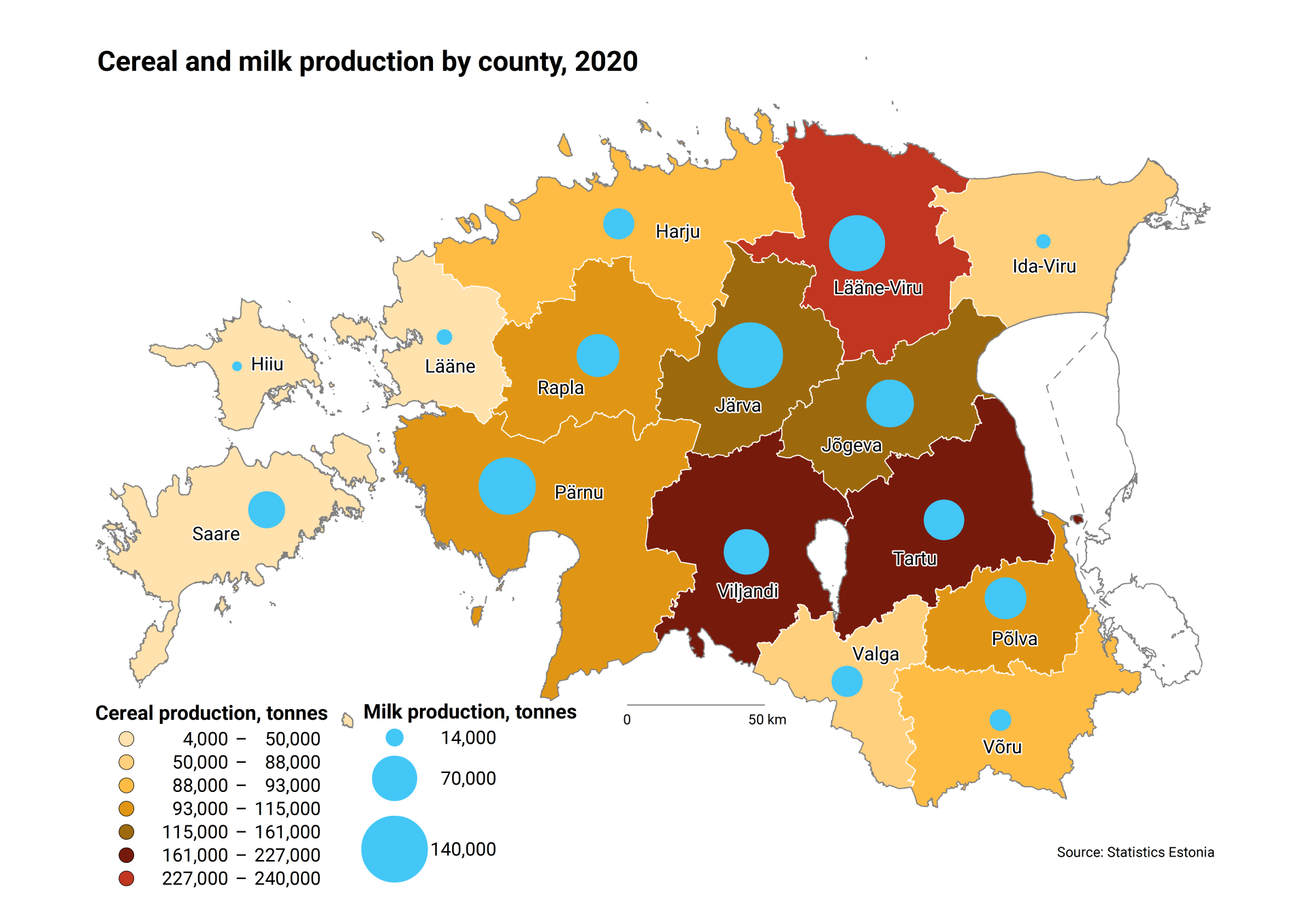