General government budget is in deficit, debt doubled in a year

In Estonia, the general government sector comprises three sub-sectors: central government, local governments and social security funds. According to Evelin Ahermaa, leading analyst at Statistics Estonia, last year, expenditures exceeded revenues both for central government and for social security funds; their deficits were respectively 991 and 320 million euros. “In 2020, the situation of the general government was considerably less favourable than the year before. The rapid growth in expenses was primarily due to coronavirus-related measures, such as support. In the case of local governments, however, revenues surpassed expenditures and their budget surplus was 5.6 million euros,” said Ahermaa.

The general government consolidated debt* (Maastricht debt) amounted to nearly 5 billion euros by the end of 2020. Maastricht debt doubled compared to 2019 and was at its highest of the last 20 years. At the same time, Estonia’s debt level is significantly lower than the upper limit of the Maastricht criterion. Both the central government and local government debt increased. Long-term loan liabilities grew by 38% year on year.

The local government sub-sector comprises city and rural municipality administrations with their subsidiary units and foundations. The sub-sector’s consolidated debt grew by 16% in 2020 compared to 2019 and was 876 million euros. The volume of long-term securities dropped by 17% and loan liabilities increased by 21% year on year. 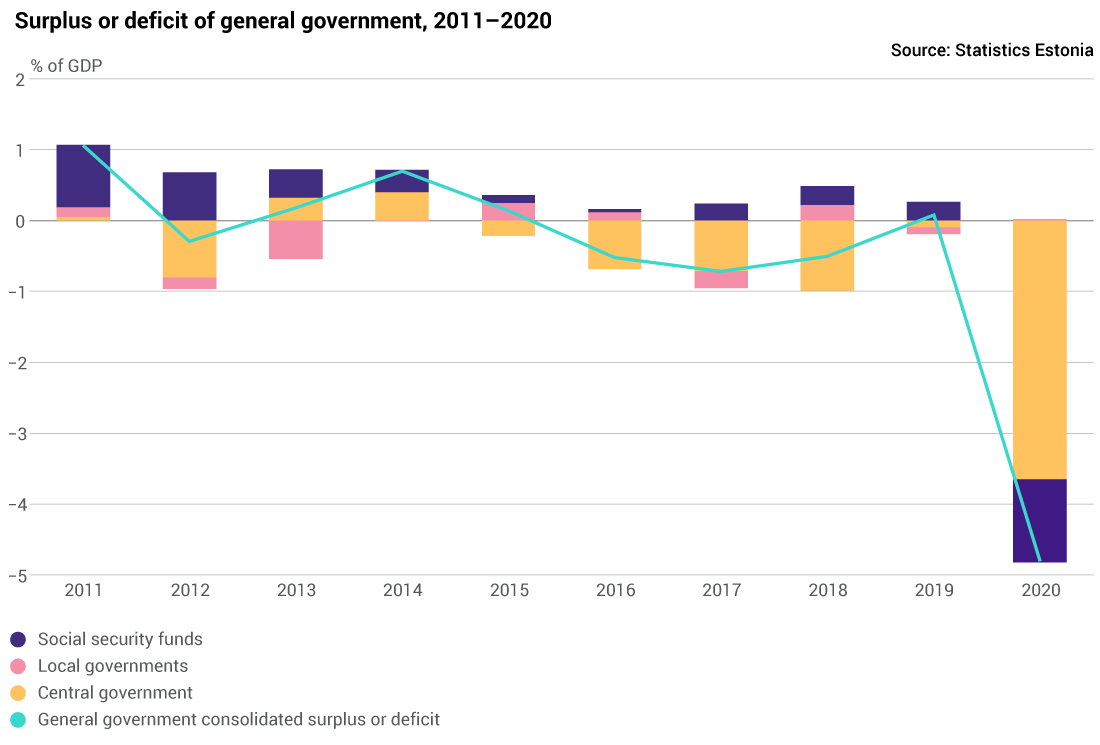 The name derives from Maastricht criteria, which among else stipulate the general government debt limit for candidate countries to join the Eurozone (the debt must not exceed 60% of GDP). The debt is calculated without interest liabilities.

See also the government finance section on our website.