The average gross income covers wages and salaries paid to employees and civil servants, work-related stipends, support and other payments. The largest gross income was earned in Rae rural municipality in Harju county, where it was 1,893 euros. Of cities, Keila ranked first with 1,525 euros, followed by Tallinn with 1,519 euros. Among municipalities, the smallest income was earned in Narva (1,018 euros).

In 2020, the number of employees receiving gross income was 522,722, having decreased by more than 15,000 persons compared to the previous year. “The number of income recipients decreased by at least a couple percent in all counties, the most in Ida-Viru county. Their number also fell in all age groups, primarily among persons aged under 25,” added Tischler. 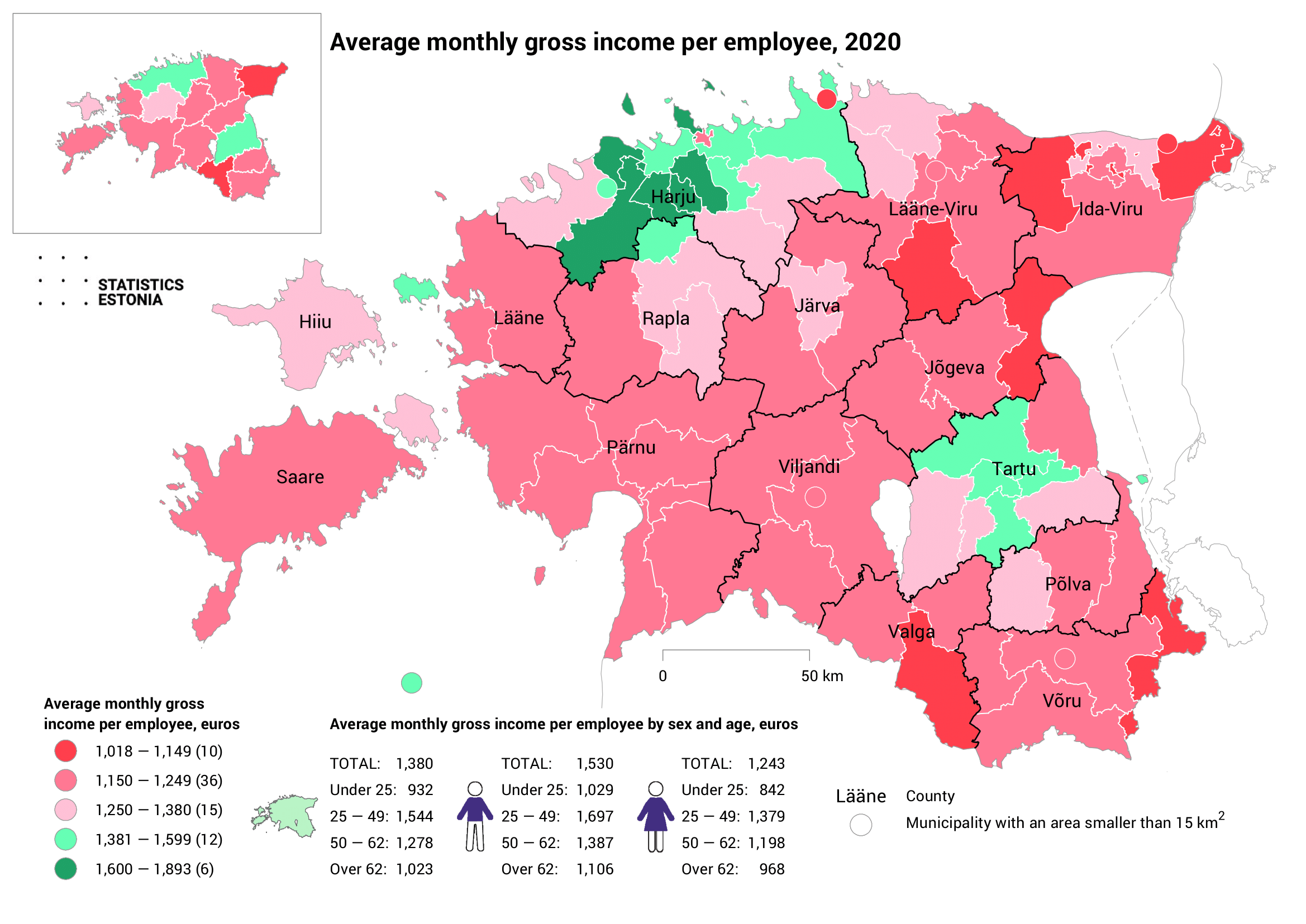 The analysis is based on the 2020 data of the Estonian Tax and Customs Board. The average monthly gross income per employee is calculated by dividing the average monthly sum of payments with the average monthly number of persons receiving payments. For the place of residence of the income recipient, the person’s place of residence is used. The main representative of public interest is the Ministry of Economic Affairs and Communications, commissioned by whom Statistics Estonia analyses the data necessary for conducting the statistical activity.