In November, the number of accommodated tourists decreased by more than a half

According to Statistics Estonia, in November 2020, Estonian accommodation establishments served 118,000 tourists who spent 224,000 nights in total. The number of visitors fell by 55% compared to November 2019.

Helga Laurmaa, analyst at Statistics Estonia, said that the majority of the accommodated guests were once again domestic tourists. “The restrictions enforced due to the second wave of the coronavirus hindered travelling worldwide and significantly reduced the number of foreign tourists staying in Estonia. The number of domestic tourists in November was also smaller than in the same month of 2019,” added Laurmaa. 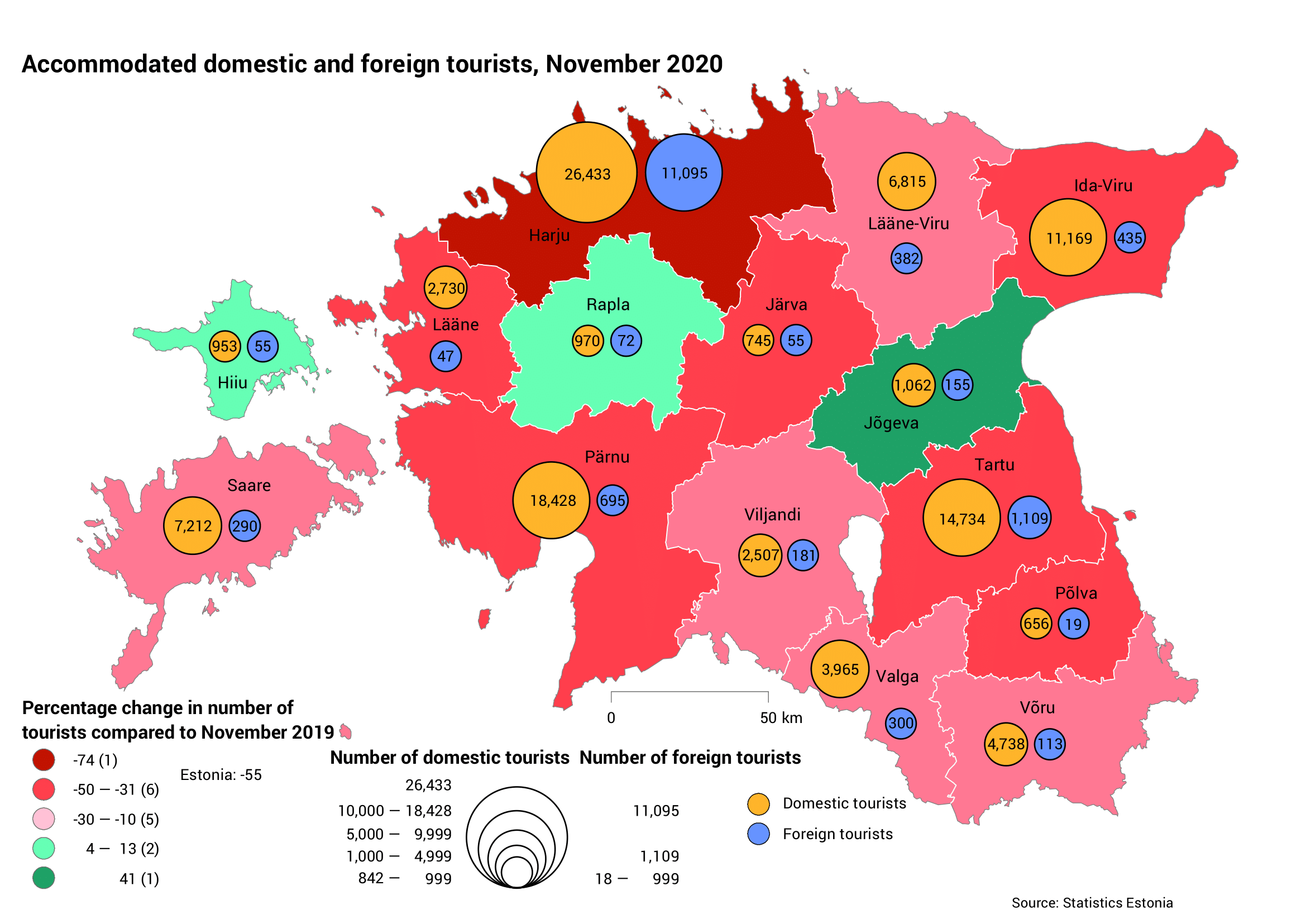