Number of accommodated tourists dropped by nearly a half last year

According to Statistics Estonia, in 2020, Estonian accommodation establishments served nearly 2 million tourists, whose nights spent totalled 3.7 million. The number of visitors fell by 48% compared to 2019.

Helga Laurmaa, analyst at Statistics Estonia, said that although last year started positively for tourism, it ended with a loss of nearly half the tourists compared to 2019. “The restrictions enforced due to the coronavirus hindered travelling worldwide. Estonian accommodation establishments lost the majority of foreign tourists and a large share of domestic tourists,” said Laurmaa.

Both domestic and foreign tourists preferred the accommodation establishments of Harju county, followed by Tartu, Pärnu and Ida-Viru counties. The annual average cost of a guest night was 32 euros, which is 18% less than the year before. 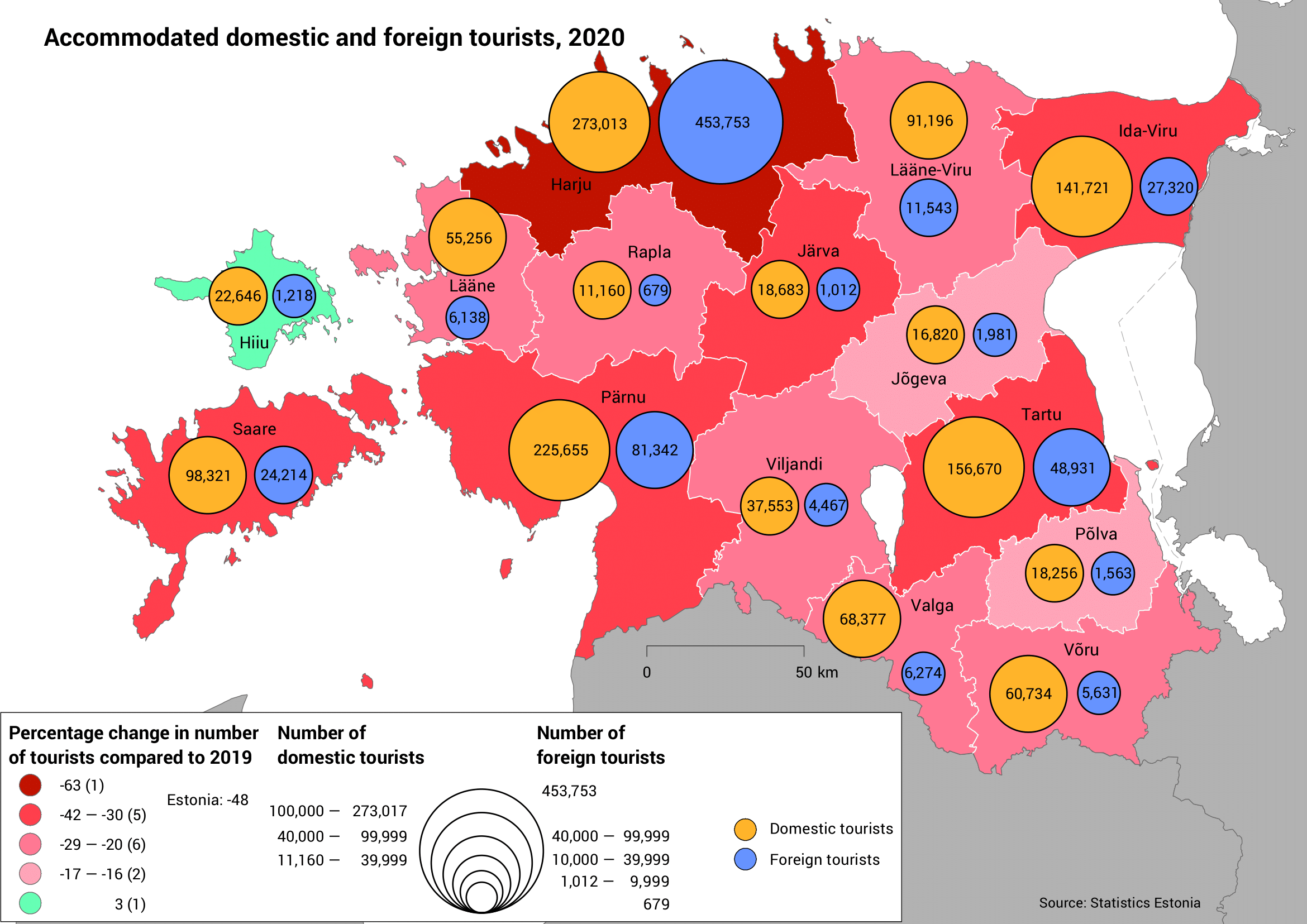