There were again fewer births than deaths, with population figure boosted by immigration

According to the revised data of Statistics Estonia, on 1 January 2021, the population of Estonia was 1,330,068, which is 1,179 persons more than the year before*. Last year, the population figure decreased by 2,602 persons due to negative natural increase but increased by 3,782 persons as a result of positive net migration.

13,209 children were born in 2020, which is 890 less than the year before. Ethel Maasing, leading analyst at Statistics Estonia, said that the fertility rate fell primarily in younger age groups. “The average number of births fell in every age group among women of childbearing age, with the biggest decrease registered in age group 25–29. Year on year, there were more births of the fourth and fifth child, while there was a decrease in the births of the first, second and third child,” noted Maasing.

“Natural increase, i.e. the difference between the number of births and deaths, was last lower than this in 2005. But before that, natural increase was lower still – for example, in 1994, the population decreased by more than 8,000 persons due to negative natural increase,” explained Maasing. A comparison by county shows the continuation of the consistent trend where natural change was again positive in Harju and Tartu counties but negative in other counties. “Ida-Viru county stands out in terms of negative natural increase. Compared to other counties, Ida-Viru county has a smaller share of women in childbearing age and its population is ageing,” added Maasing. 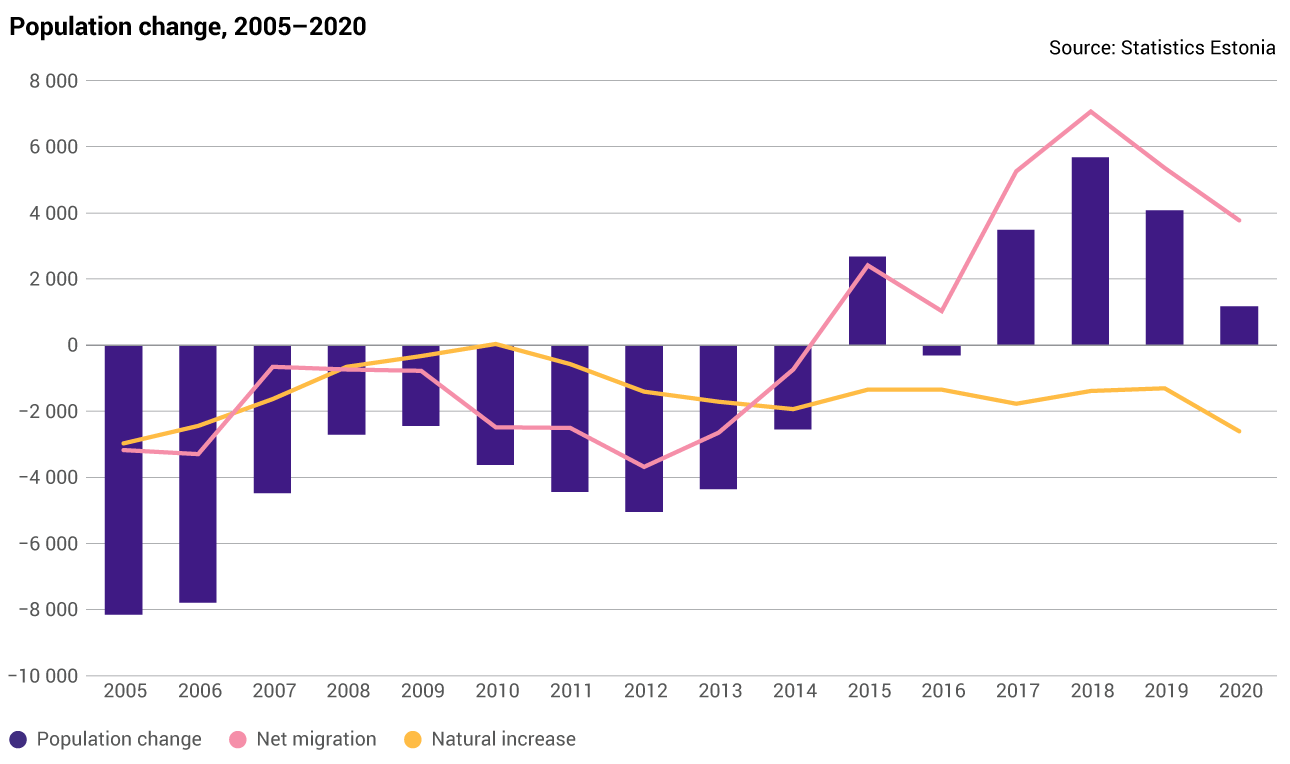 Migration was still the most active between Estonia and Finland. But for the first time in three years, Estonia had negative net migration with Finland, meaning that more people moved from Estonia to Finland than the other way around.

* Statistics Estonia adjusted the population figure published last year by 67 persons. As at 1 January 2020, the population of Estonia was 1,328,889.

For the statistical activity “Population”, the main representative of public interest is the Ministry of Social Affairs, commissioned by whom Statistics Estonia analyses the data.