According to Statistics Estonia, in July 2021, Estonian accommodation establishments served 381,000 tourists, which is a tenth more than in the same month last year. The number of domestic tourists increased compared to both July 2020 and July 2019, while the number of foreign tourists remained significantly smaller than in previous years.

In July, accommodation establishments served 296,000 domestic tourists, which is 41% more than in the same month last year and 51% more than in 2019 before the coronavirus crisis.

Tourists spent a total of 701,000 nights in accommodation establishments, with domestic tourists accounting for 520,000 and foreign tourists for 181,000 nights spent. The majority of tourists preferred to stay overnight in Harju county, followed by Pärnu and Tartu counties. 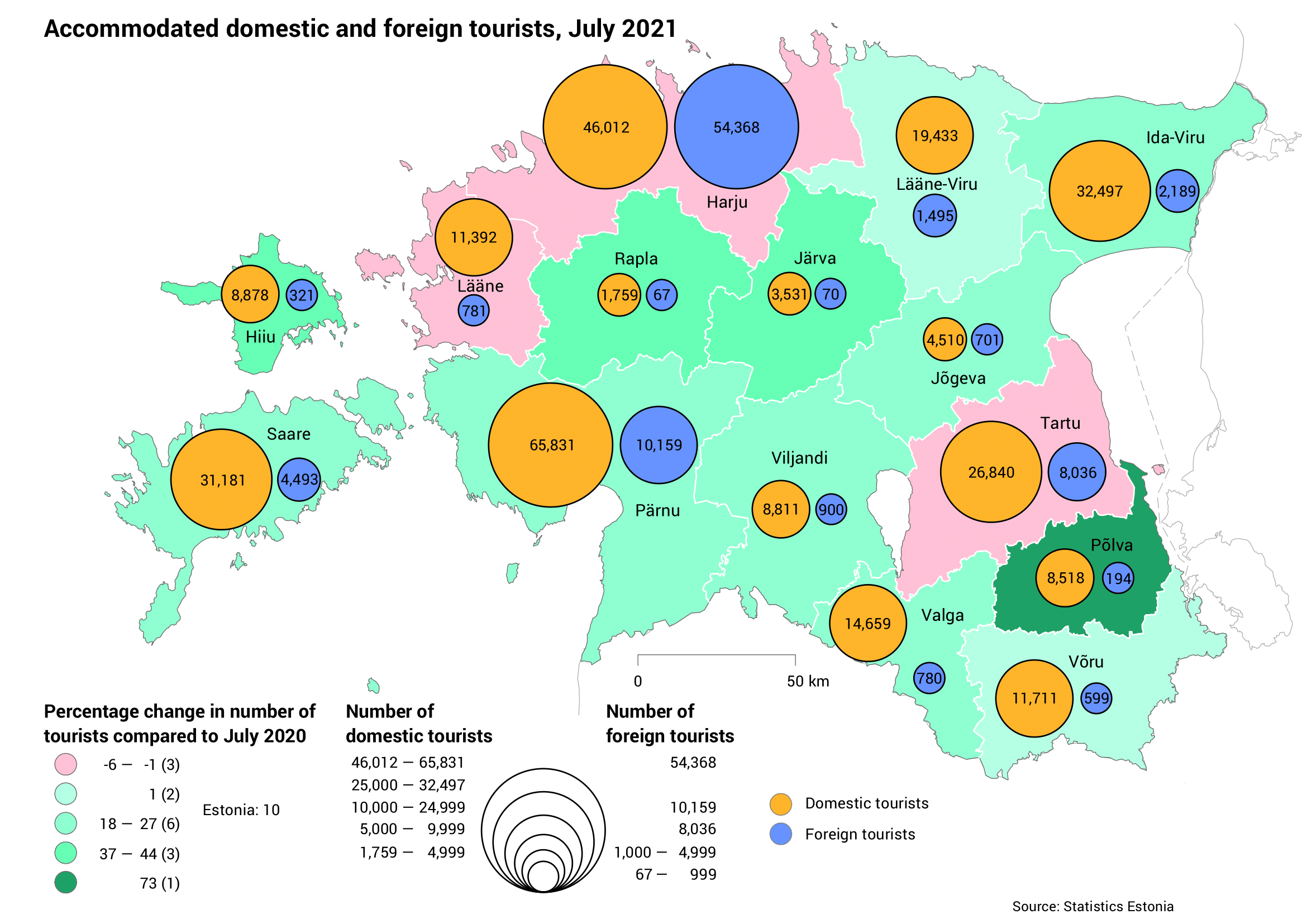