According to Statistics Estonia, Estonian accommodation establishments served 51,000 tourists in March, which is a decrease of 43% compared to the same month of 2020. The numbers of both foreign and domestic tourists dropped.

Helga Laurmaa, analyst at Statistics Estonia, said that most of the accommodated guests were again domestic tourists. “In March 2020, half of the customers of accommodation establishments were foreign tourists, but the impact of the coronavirus reduced their share to 17% this March,” said Laurmaa.

In March, there were 897 accommodation establishments open for tourists in Estonia, which is 1% less than the year before. There were 19,000 rooms and 43,000 bed places available for guests. 14% of the rooms were occupied. The average cost of a guest night was 26 euros, which is seven euros cheaper than in March 2020. An overnight stay cost more than the Estonian average in Harju and Tartu counties, respectively 29 and 27 euros. The average cost of a guest night in the accommodation establishments of Ida-Viru and Pärnu counties was 24 euros. 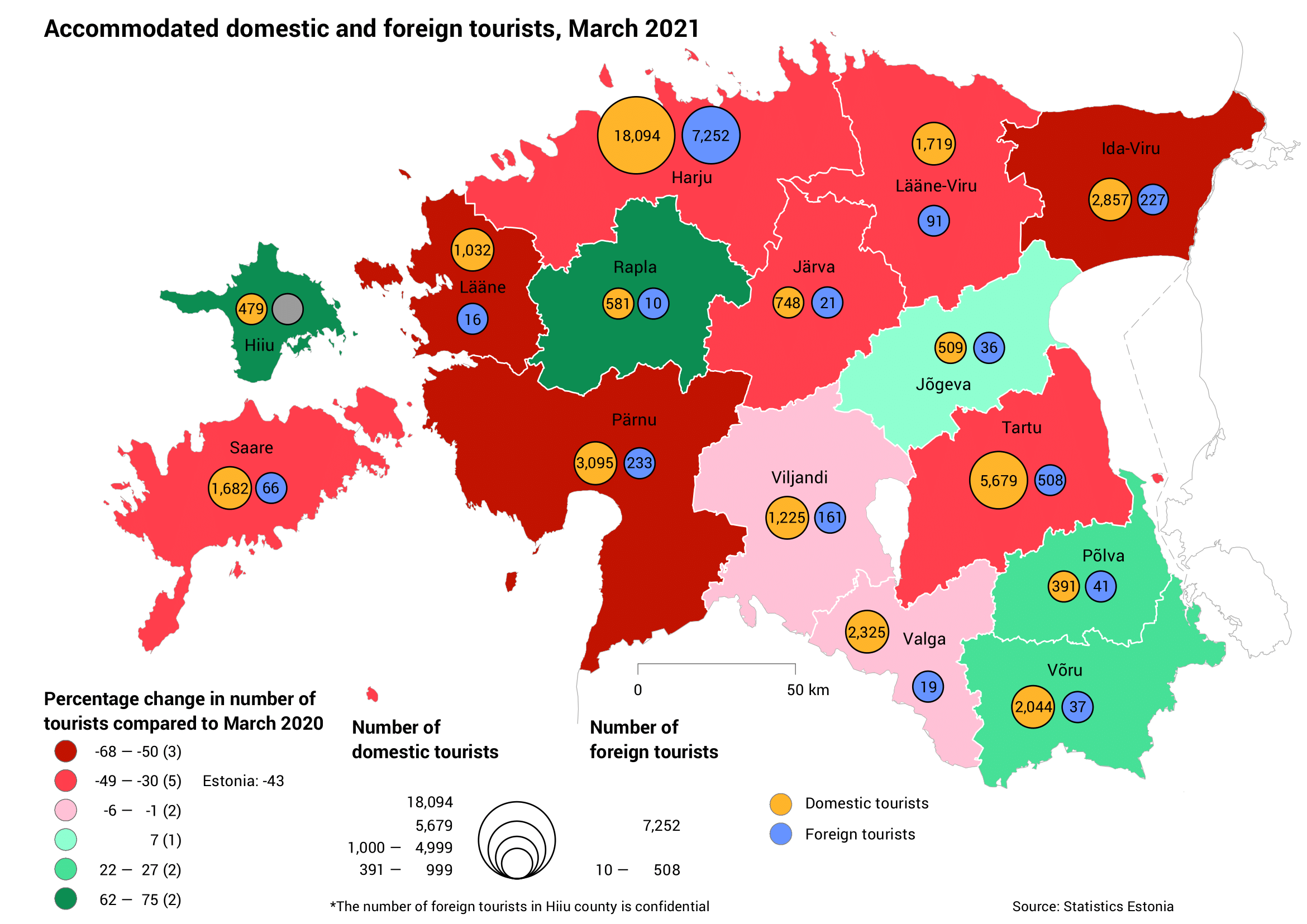