In November last year, there were fewer domestic tourists but the number of foreign tourists increased

According to Statistics Estonia, in November 2021, Estonian accommodation establishments served over 167,000 tourists, which is 42% more than in November 2020. The number of domestic tourists decreased, while the number of foreign tourists increased. 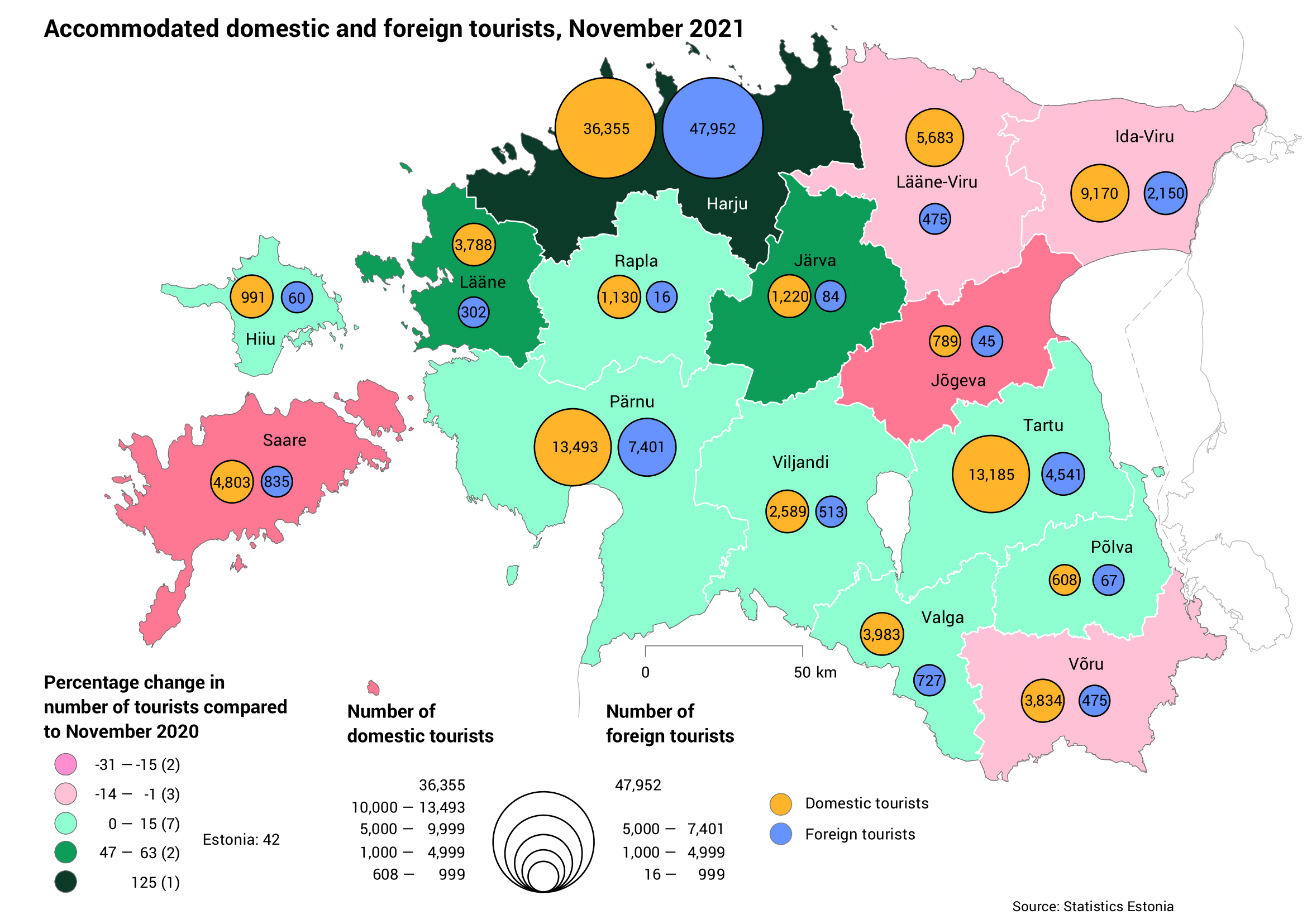 Everybody counts! Participate in the Estonian e-census from 28.12 to 22.01. Get started!