According to Statistics Estonia, 158,000 tourists stayed in Estonian accommodation establishments in October, with 284,000 nights spent in total. There was a 45% decrease in the number of visitors compared to October 2019.

According to Helga Laurmaa, analyst at Statistics Estonia, the majority of the customers of accommodation establishments were domestic tourists and just over a tenth were foreign tourists. “The number of foreign tourists staying in Estonia has been significantly reduced by the second wave of the coronavirus and the restrictions imposed by countries which have severely affected the accommodation sector,” explained Laurmaa. 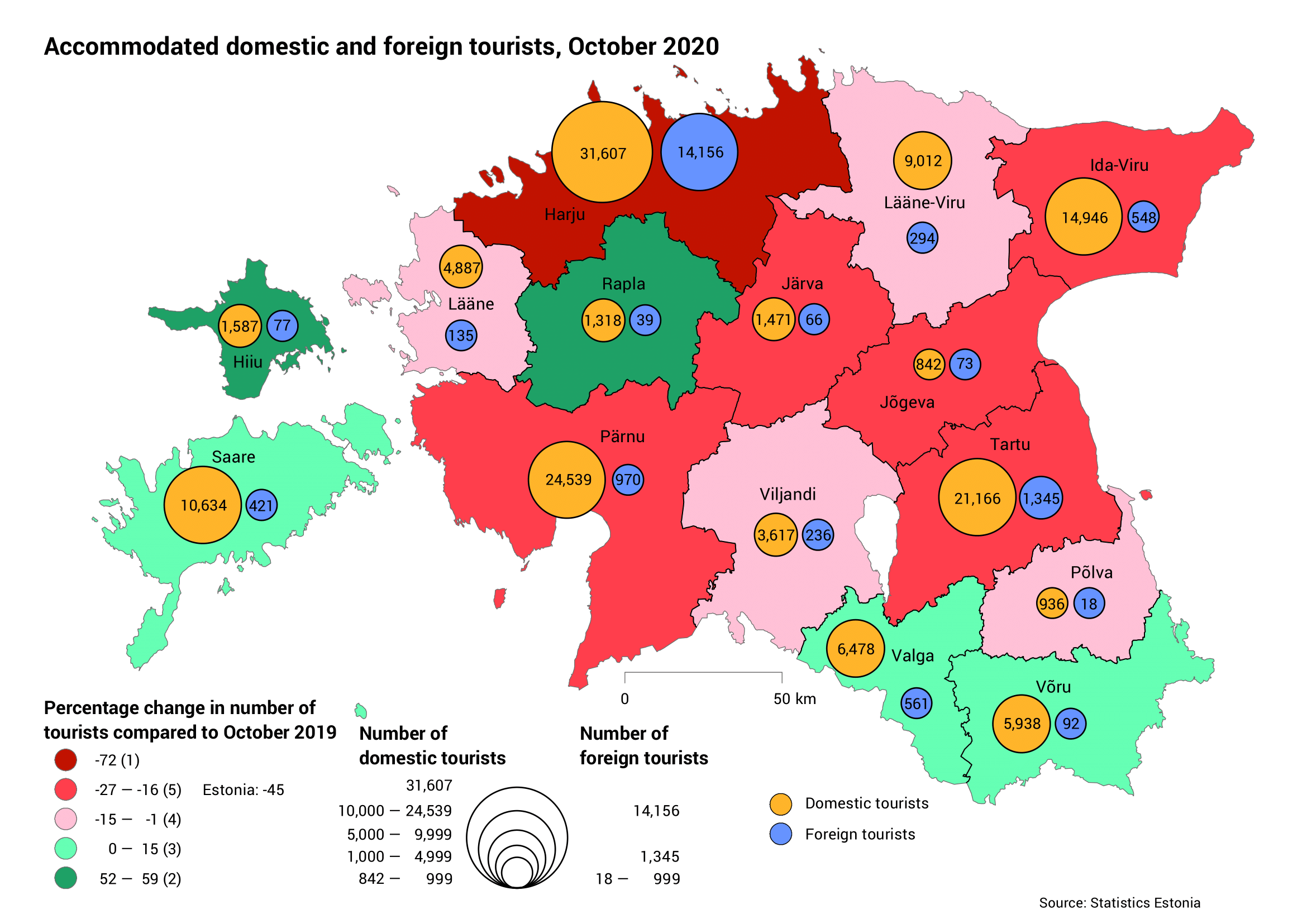