In September, the number of accommodated tourists fell by a half

According to Statistics Estonia, 154,000 tourists stayed in Estonian accommodation establishments in September, with a total of 285,000 nights spent. The number of tourists decreased by nearly a half year on year. 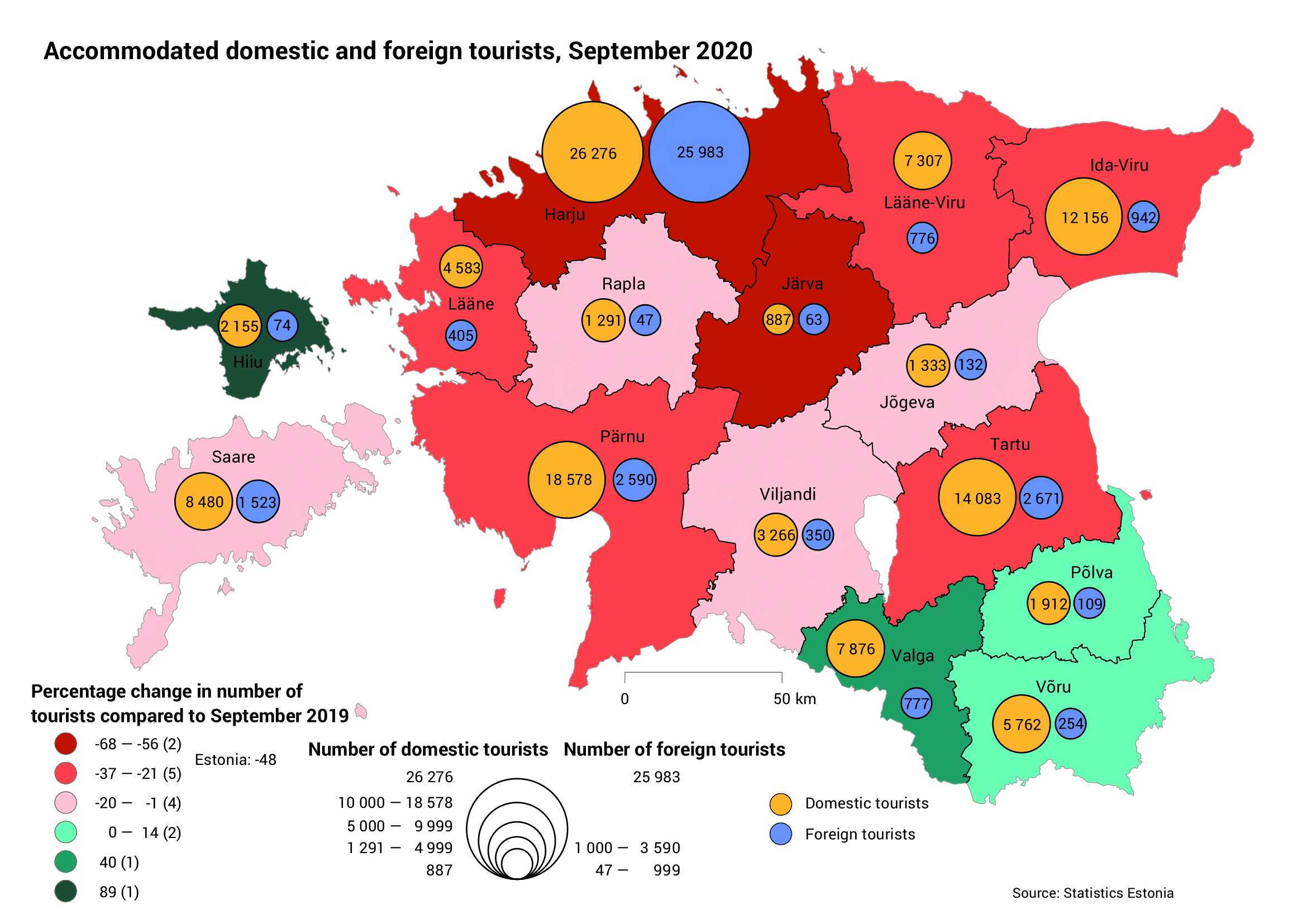 See also the section on tourism, accommodation and food service.